What is a stablecoin 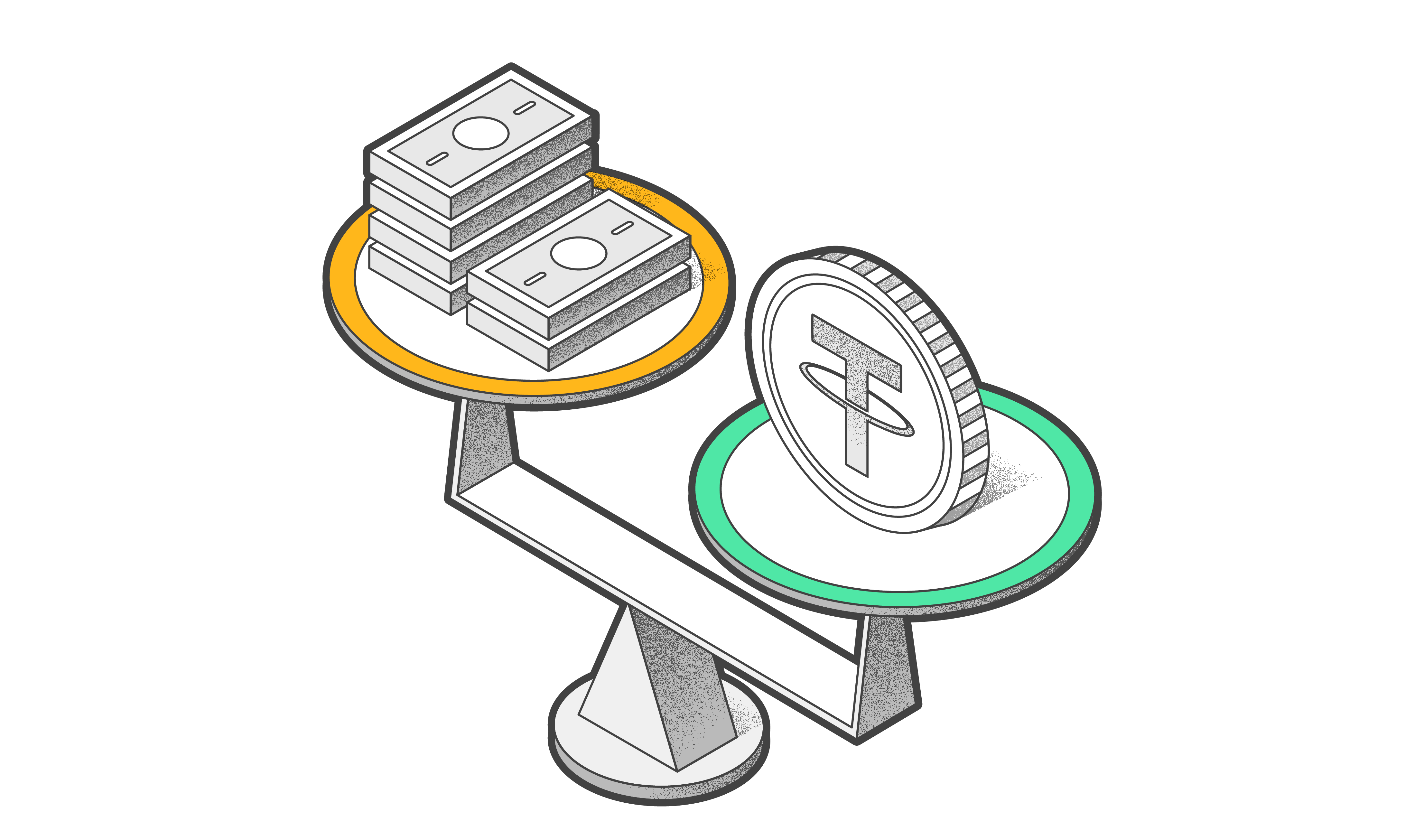 A stabelcoin is a cryptocurrency (token) whose market value is attached to another stable asset, such as fiat currency, precious metals, oil, or securities. Stablecoins can be used for both investing and for payment of goods and services. For example, a bitcoin can change its value up to 50% in six months, while stablecoin USDT is always worth $1 (although the value can fluctuate by fractions of several cents).

To put it simply: a stabelcoin is a fixed-rate cryptocurrency whose market value is pegged to a stable asset (gold, traditional currency).

Stabelcoins are often pegged to USD (USDT, USDC, BUSD), less often to commodities (CACHE Gold). The most important thing about them is the stabilization mechanism which divides them in 2 types.

Traditional stablecoins. The most popular one is the USDT, pegged to the USD. These stablecoins are backed by currency, metals, securities. Such currencies have  always an issuing company that commits to exchanging steiblocoins for dollars, gold, etc. at a fixed rate. If a value of a stablecoin falls, the issuer redeems it from the exchanges, raising the rate. And on the contrary, the high exchange rate requires the issuer to sell additional amounts of stablecoin on the exchanges, lowering the rate.

In the ideal case, the issuer maintains the stablecoin's 1:1 peg with the fiat currency, so that in the event of a panic sale on the exchanges, the issuer could buy back all of its stablecoins from other market participants, fulfilling its obligations. In reality, however, the level of security of a stablecoins is never reliably known.

To put it simply: classic stablecoins are tied to traditional assets, with a private company being responsible for issuing them and acting as a guarantor in the event of a drop in prices.

To put it simply: The value of algorithmic stablecoins is not secured by external assets. Instead, algorithms are used to stimulate the behavior of market participants and to manipulate supply/demand.