After the apocalypse: how Tangem Wallet will function without Tangem 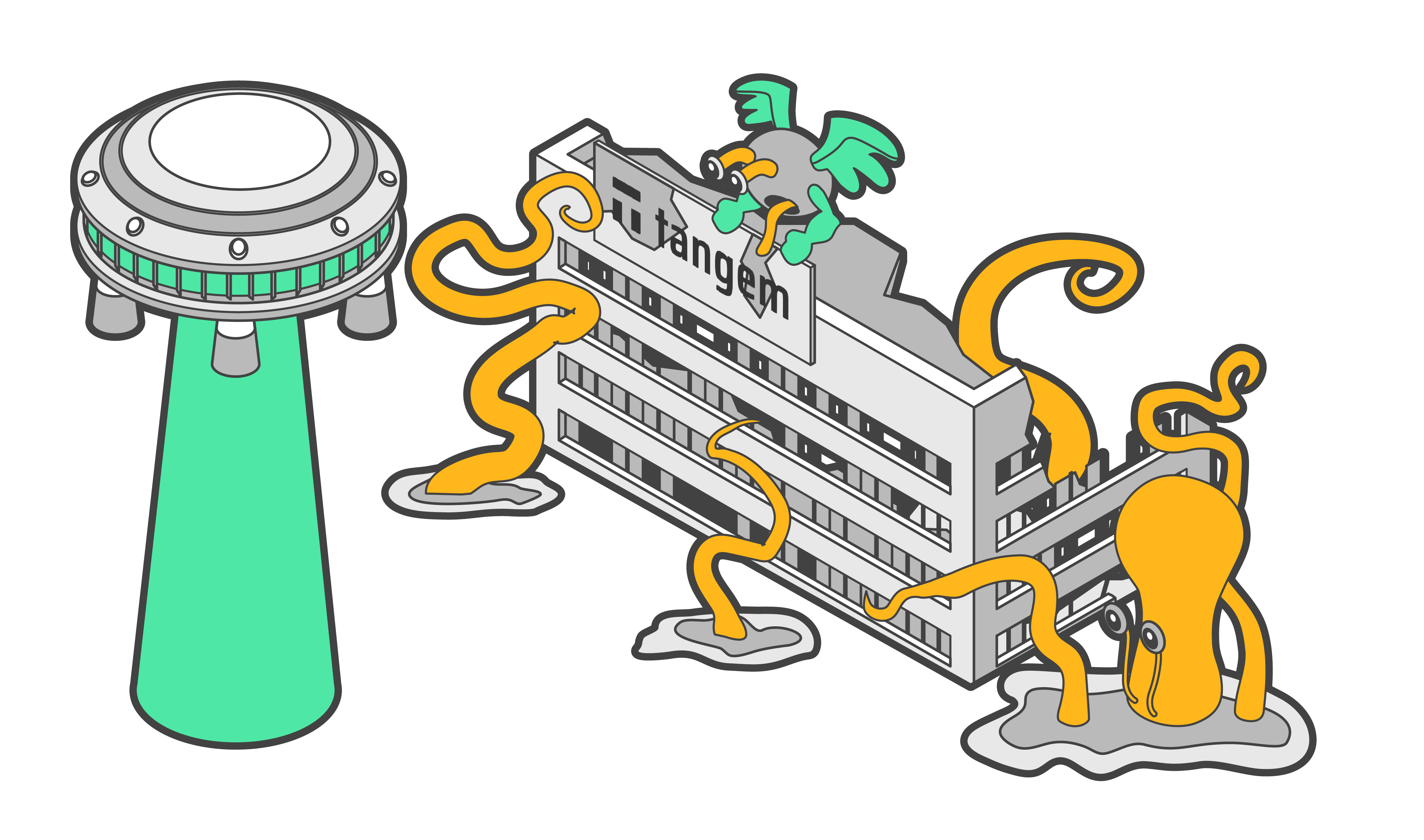 Tangem Data Center in Helsinki was destroyed by a downed flying saucer. The flamethrower team, cleaning out a hiding place of aliens, damaged the server room at the headquarters in Zug. As for the data center in Munich, it worked for a few more months longer due to the dual redundancy. But it eventually shut down, too.

Millions of Tangem cryptocurrency users froze in terror, but... nothing happened with Tangem Wallets. Everyone could still easily buy a crispy fried rat for lunch for two bitcoins with Tangem Wallet. And here's why.

To send crypto from your Tangem Wallet, you need to open the Tangem app, choose a token, type the address and amount. When you've entered everything and pressed "Send", the app generates a transaction for the blockchain.

Now we need to send the transaction to the blockchain. The app accesses one of the publicly available API servers of the selected blockchain. These are the servers that are responsible for the interaction of the blockchain with various crypto apps. If some API doesn't work, the Tangem app communicates with another one, and so on until it finds a working one. The app knows 3-5 APIs for each blockchain, so for a blockchain to be completely inaccessible, something really catastrophic has to happen.

Once the API has responded, the Tangem app gives it your signed transaction, and the API sends it all to the right blockchain. The transaction is submitted to the new block and soon you see your balance reduced and the recipient sees the received crypto.

No Tangem servers are involved in this data exchange.

Nevertheless, the app uses a number of Tangem company services for your convenience. For example:

1. Card Validation server to verify the authenticity of your new Tangem wallet. Upon the first activation, the app sends an encrypted message to the server. The server checks the message and, if everything is ok, you can proceed with the wallet. However, if the message is incorrect, the app will inform you that the card may be compromised.

If the validation server is unavailable, the app will warn you that it cannot verify the card. Continue working with it at your own risk.

2. Portfolio Value server. When the app displays your balance, it interacts with the Tangem server for the current exchange price of each token in fiat currency and calculates the full value of your portfolio.

If the value server is not available, you will still view your balance, but instead of its fiat value you will see dashes.

3. Token List Synchronization server. When you add a token to your home screen, the app sends the sync server the card number and token ID. Then, if you use that card with another phone, you'll still see the same list of your tokens on the home screen, as the app gets it from the server. It's the same with the other cards of the same pack: if you add a token on one of them, the app displays it on the other cards as well.

If the sync server is unavailable, the app will only display token lists that are stored locally, on that smartphone. You will see only BTC and ETH balances with other phones, the other tokens will have to be added again.

What to do without Tangem app?

Indeed, during the interstellar invasion, the risk of aliens taking telepathic control of Apple and Google exists.The aliens can force them to delete Tangem app from the AppStore and Google Play. They may need it so that Earthmen can no longer use such a reliable, secure and convenient means of managing cryptocurrency as the Tangem wallet. But here they will fail.

The thing is that the app is an open source one. This means that each version of the app is automatically published on a special resource https://github.com. This is a very reliable service containing tens of millions of IT projects. All Github data is backed up in different places on the planet, including Arctic Code Vault, a very-long-term archival facility 250 meters deep in the Svalbard archipelago in a mine.

The Tangem repository on Github contains the full app code for Android and iOS, as well as a setup file for Android (APK-file).

If you need to install the Tangem app on your new Android smartphone, and it is no longer available in the app stores, just open https://tangem.com and click on "Download APK". If the company's website is also unavailable, you need to access Github, type "Tangem" in the search bar, choose Tangem-binaries repository and download the app-release.apk file from there. It's not difficult, follow video instructions:

With iOS It is not that easy, but you can always befriend some iOS developer, who will make you access to the application through the TestFlight beta testing system. Or you can just find an Android smartphone.

Though, if you have mobile app developers friends, or you can code yourself, you can develop your own app for interaction with Tangem wallet from the published code. And even improve it if you want.

So, the Cephei aliens are defeated and shamefully expelled, the decentralized economy grows, Tangem wallets continue to work and please their owners with convenience, reliability and security. Unfortunately, manufacturing technology of high-tech electronics was lost during the battles with the aliens and microchips are no longer produced. But Tangem wallets users do not have to worry: lifespan of Tangem wallet is more than 25 years, and hopefully by that time Earthmen will master electronics again and will probably release Tangem Wallet 2.0.