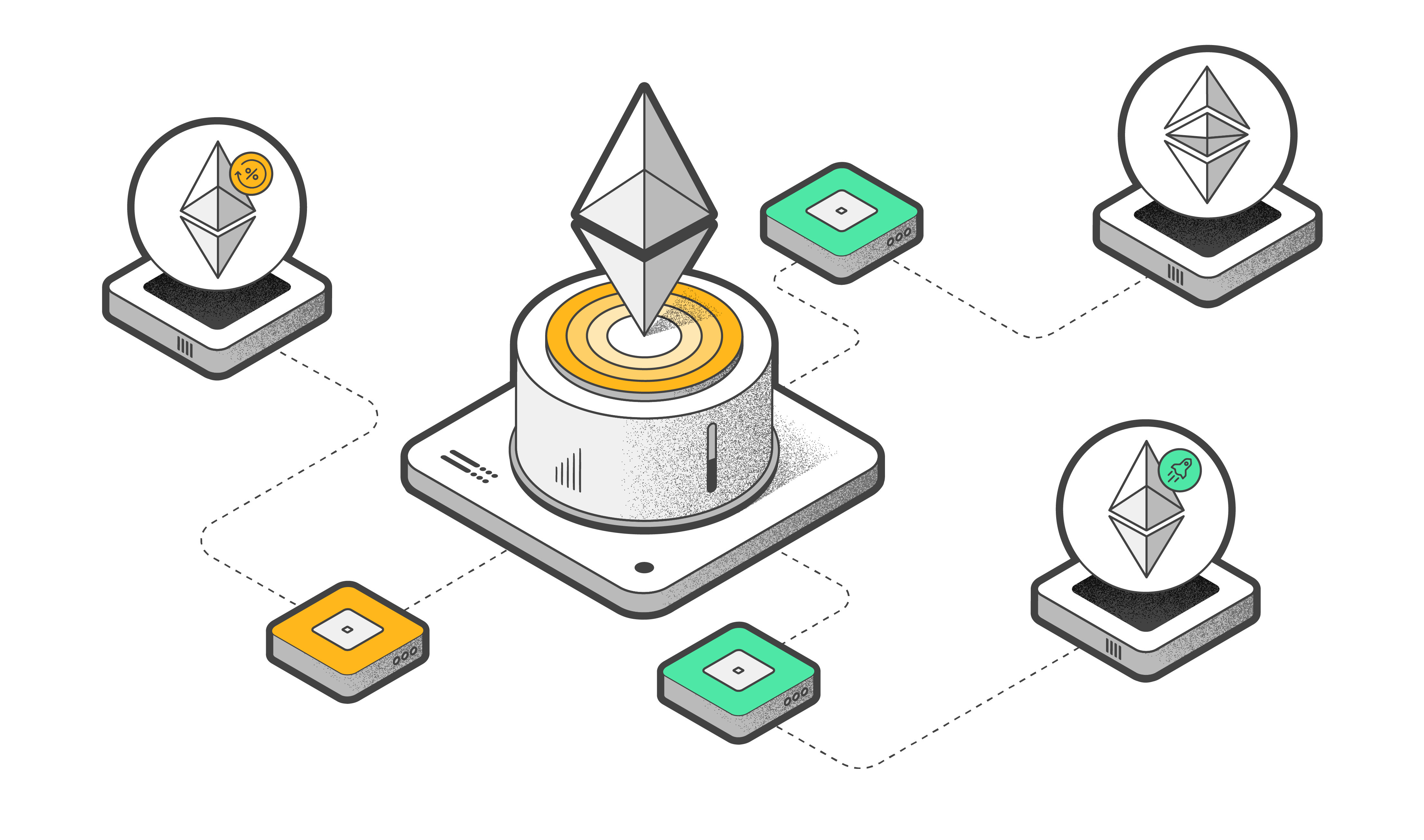 Forks, as modifications of the blockchain code, are common things that often happen in various blockchain projects.

Disputes in the cryptocommunity on a particular issue or the need for blockchain's programming code improvement are the two main reasons for forks.

Forks can range from minor corrections to the source code or incremental software updates to radical changes to the blockchain protocol. Forks can also be planned and unplanned.

Hard forks are rightly considered as the most significant forks. They involve an irreversible separation of the blockchain, in which the new protocol becomes completely incompatible with the old one.

Hard forks are major alterations to blockchain algorithms that cause the network to switch to a new version of the blockchain or split into two networks. Hard forks are often used to create new cryptocurrencies and launch new crypto projects.

Ethereum and its hard forks

Ethereum holds the second-largest market capitalization, and it is a popular blockchain for those who want to issue their token, create a decentralized platform, buy or sell NFTs. Today, the daily volume of transactions made within the Ethereum network reaches $3 billion, and approximately additional $60 billion are on the blockchain due to third-party products.

Ethereum is a blockchain with a very active cryptocurrency community that implements systematic changes to improve the network.

Since its launch on July 30, 2015, Ethereum has been updated multiple times. The most famous hard forks are:

Frontier is not actually a hard fork, but we need to start with it because it is an event related to the launch of the main Ethereum blockchain. Its main purpose is to allow developers to create dApps and new cryptocurrencies. Ethereum was originally conceived as a kind of large-scale ecosystem, which, at the moment, it is.

This is an unscheduled hard fork that was implemented to increase the security and speed of blockchain updates.

The main goal of this fork was to avoid centralization. Transactions with the network's cryptocurrency (ETH) became available to network users, and they also had the ability to use smart contracts.

After that, Ethereum became a full-fledged DeFi project. Its native coin became popular, many crypto users invested in Ethereum, ETH trading boosted in the cryptocommunity.

Ethereum Classic became one of the first serious tests of the Ethereum project. This hard fork was conducted after the failed DAO.

DAO (decentralized autonomous organization) was an event during which the team raised $150 million by token sales, but an unknown hacker stole $50 million in ETH.

The whole thing forced the developers to implement a hard fork to recover the stolen money. As a result, the blockchain split into two chains: Ethereum Classic and the mainnet.

The coins stolen from the network were locked in an intermediate account for 28 days as provided by the software code of the smart contract. During this time, a hard fork was conducted to roll back fraudulent transactions. Users who had their ETH (Ethereum) stolen received it back on the main network. At the same time, those users who did not support the hard fork continued to work with the old blockchain where ETH was stolen. This network and coin were renamed ETC (Ethereum Classic).

DAO and the mainnet split were still discussed, but another DDoS attack was launched against the network. The blockchain was flooded with empty transactions, causing problems for real ones and their inclusion in blocks.

This triggered an unscheduled Tangerine Whistle fork. The goal is to increase the cost of executing some codes to make an attack extremely expensive for criminals.

Besides empty transactions flooding, criminals tried to disable the network with empty accounts. Attackers created empty accounts and transferred zero balances. The accounts essentially contained no data, but the transactions were made and stored on the blockchain, increasing its size and delaying normal transactions.

These attacks were conducted from 8 million empty addresses and increased blockchain creation time by 1-2 seconds.

As a result, another hard fork was implemented to remove the consequences of the attacks, change the cost of some transaction codes, and clear the network of empty balances.

A major Metropolis hard fork has been split into 2 parts: Byzantium and Constantinople.

Metropolis update began with the Byzantium hardfork. This fork has been on the Ethereum roadmap since 2015. It resulted in:

Difficulty bomb is a software code, gradually increasing complexity of ETH mining offering PoW consensus algorithm and, as a result, an increase in the cost of block generation.

This is the second phase of the Metropolis update. The miner reward reduced even more (from 3 to 2 ETH) while the mining speed increased (about 14 seconds). This fork also set the framework for the Ethereum blockchain to switch to a hybrid of PoW and PoS.

As a result of the Constantinople fork, Ethereum became faster, more efficient and more convenient. Smart contracts became easier to develop, and certain operations in the Ethereum code were simplified.

The update was aimed at solving such problems as:

The Istanbul fork was not completely successful, with less than half of the nodes having installed the necessary software by the time of the update. Blockchain mining time began to grow, and on January 2, 2020, Ethereum conducted Muir Glacier fork, the main purpose of which was to delay the difficulty bomb once again.

Beacon Chain: the beginning of Ethereum 2.0

This fork can be worthily called one of the most anticipated. The crypto community has been waiting for the launch of ETH 2.0 for several years. Many investors wanted to start using the Beacon Chain as soon as possible.

The Beacon Chain is an empty network without tokens, transactions or even dApps. It was created with the sole purpose of being a Proof-of-Stake consensus blockchain.

Since the Beacon Chain is an empty blockchain, it could merge with the Ethereum network and replace PoW consensus with PoS. Which, in fact, has already happened.

The first blockchain was created by developers on December 1, 2020.  They were backed by not miners, but validators. Validators here are users who invested 32 ETH each and collected 524 288 ETH.

This hard fork is essentially the second phase of Istanbul and preparation for the London fork.
Berlin suggested several improvements:

Another system update to the latest phase of Ethereum 2.0. London became quite a controversial subject. Some users liked it for lower commissions, others didn't like EIP-1559, which is a reduction of transaction confirmation fees.

EIP (Ethereum Improvement Proposal) is a separate proposal to improve Ethereum. Such proposals include hard forks.

On September 15, 2022, the anticipated Merge was completed on the Ethereum network.
The second most capitalized cryptocurrency switched from Proof-of-Work consensus mechanism to Proof-of-Stake consensus.

The Merge was divided in 2 phases: Bellatrix and Paris. Merge officially launched with the Bellatrix fork on September 6, 2022. Bellatrix is a consensus-level blockchain update. Paris involved the execution layer. This update moved the Ethereum network from Proof-of-Work to Proof-of-Stake.

The day after the Merge happened, two hard forks of the network were launched: ETHW and ETHF. Their main difference is the support of PoW consensus algorithm.

The Ethereum community has been on its way to Merge for six years. Many consider this hard fork not just a fork, but an important milestone in the cryptocurrency's history.

Merge should prove that a decentralized and publicly available network can operate in the most energy-efficient way possible.