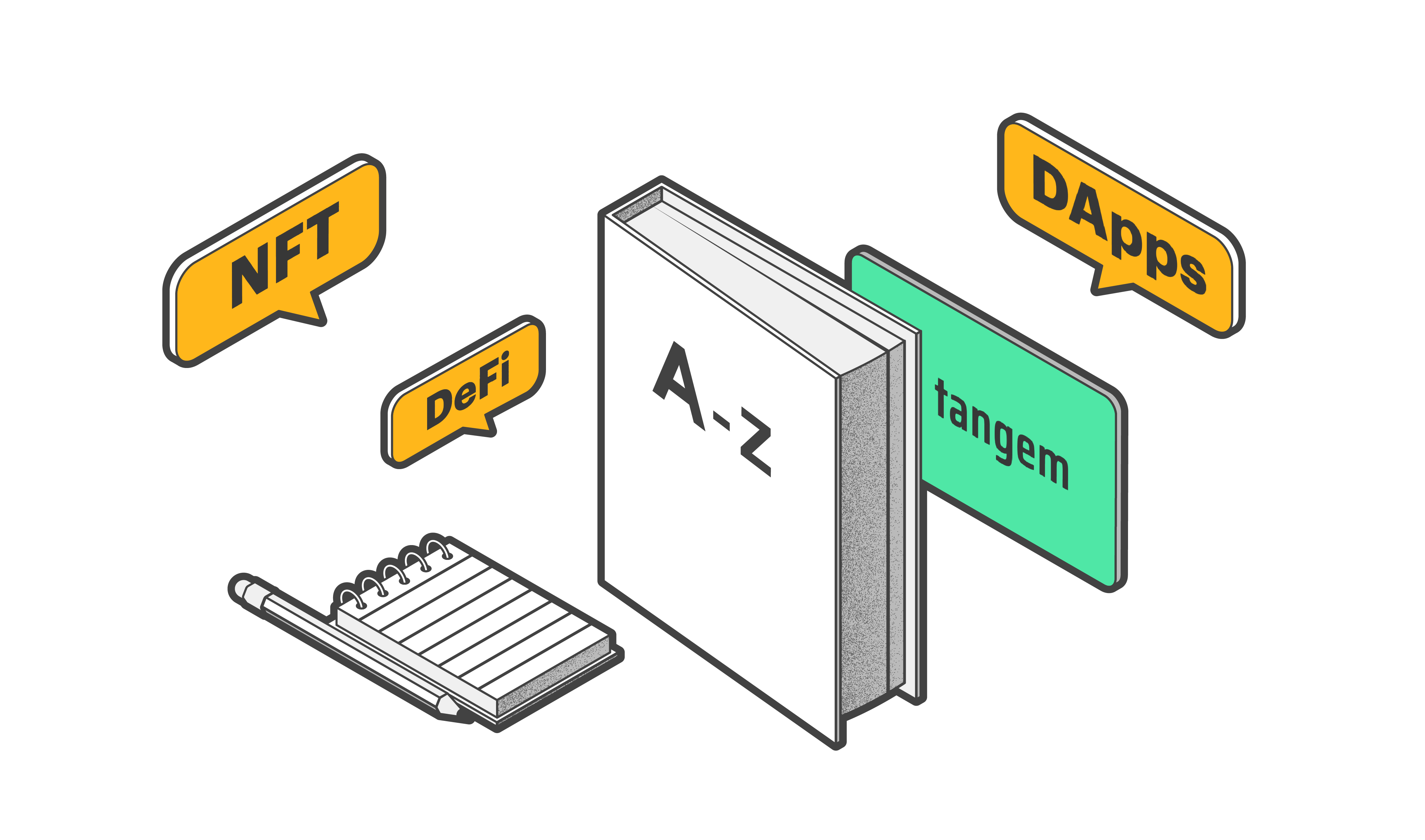 Address — a unique combination of letters and numbers, generated by a public key and used for sending and receiving cryptocurrency.

Altcoin — an alternative to Bitcoin, i.e. all cryptocurrencies besides BTC.

Block — a data massive in a blockchain containing a certain number of transactions and the details of these cryptocurrency transfers (who, to whom, when and how much).

Blockchain — a decentralized database stored on thousands of computers all over the world. It is a continuous consecutive chain of blocks in which all records of transactions are stored. Each new block contains data about the previous one.

Cold wallet — an autonomous crypto wallet that is not connected to the internet and only goes online when it connects to a personal computer or smartphone to carry out a transaction.

Consensus — a set of rules by which the blocks in a blockchain are generated. Ensures that illegitimate alterations cannot be made to the blockchain.

Custodial wallet — a crypto wallet whose private keys are held by a third party, for example, an exchange that manages it on your behalf.

DeFi (Decentralized Finance) — an ecosystem of financial applications that operate on the blockchain.

Farming — passive income created by depositing coins/tokens to liquidity pools on DeFi platforms, where they can be lent to other market participants.

Hard fork — a substantial modification to the algorithms and code of a blockchain. As a result, a network either switches to a new version of the blockchain or splits into two parallel networks. A hard fork is often used to release new cryptocurrencies.

Hot wallet — a crypto wallet that is connected to the internet and always accessible.

Hot non-custodial wallet — a crypto wallet whose private keys are held by you, but which is constantly connected to the internet.

Input — the source of coins for a given transaction, usually from the output of a preceding incoming transaction.

KYC procedure (Know Your Customer/Client) — a procedure to identify customers (name, passport, telephone, e-mail) before they carry out financial transactions. It is used by exchanges and other financial services to ensure the safety of clients' assets, as well as to avoid problems with government agencies that combat money laundering and the financing of terrorism.

Liquidity — the ability of a coin/token to be quickly and easily converted into another crypto asset or fiat currency.

Liquidity pool — a store of cryptocurrency on a decentralized financial platform, used for trading coins and tokens (lending, exchange, etc.).

Miner — a person who uses powerful computing equipment to check transactions for legitimacy and adds them to the blockchain for a reward, working on the PoW (Proof-of-Work) consensus model.

Mining difficulty — a blockchain parameter that measures the difficulty of solving a mathematical problem to create a new block. The difficulty varies in proportion to the total processing power of the network (the hashrate).

Network commission — a fee for making a transaction, charged by a blockchain protocol and transferred to the miners/validators who generate new blocks in the blockchain by recording and confirming transactions on the network.

NFT (non-fungible tokens) — a record in the blockchain showing that you are the owner of a unique object in digital space (a picture, a meme, music, a film, a post, an artifact in a game, etc.).

Node — a server, personal computer or laptop with special software, connected to the blockchain network. A node’s main tasks are to generate new blocks for a blockchain, verify and confirm transactions, and store copies of data from the blockchain.

Non-custodial wallet — a crypto wallet whose private keys are held by you. Only you can access and manage them.

Order — an instruction for the sale or purchase of coins/tokens on an exchange at either the current or a specific rate.

Private key — a randomly generated sequence of numbers, used for the creation of a digital signature for outgoing transactions. Accessible only to you.

Protocol — a set of rules governing the transfer of data on a blockchain, ensuring the immutability of transactions on the network.

Public key — a set of randomly generated letters and numbers used to verify the legitimacy of a transaction. Accessible to everyone.

Smart contract — a digital equivalent to a regular contract, a program code integrated into the blockchain that allows you to set up transactions and control their execution using mathematical algorithms. If the agreements in the smart contract are fulfilled, a specified sequence of actions is automatically launched.

Stablecoin — a stable cryptocurrency whose price is pegged to another asset, generally in fiat currency.

Staking — blocking a certain number of coins or tokens in your wallet in return for a reward, with the aim of supporting the functioning of the blockchain (the provision of network security and the verification of the legitimacy of transactions).

Token — a cryptocurrency that does not have its own blockchain and works on other blockchains on the basis of smart contracts.

Transaction — an operation in which cryptocurrency or other information is transferred from one address to another, with the data recorded on the blockchain.

Validator — a cryptocurrency holder who, for a fee, blocks coins in a wallet and, using a computer with special software that is constantly connected to the internet, validates transactions and adds them to the blockchain, working on the PoS (Proof-of-Stake) consensus model.

Volatility — the fluctuation of the price of cryptocurrency over a certain period of time. The greater the fluctuation in the rate of the crypto asset, the higher its volatility.